When I decided to put this list together, the first thing I did was search for “Great Songs You’ve Never Heard Before”. And there were lots of lists like this already out there. But for most of them, I listened to a lot of the songs they’d compiled and thought to myself, “There’s a reason no one has ever heard any of these songs…yikes.”.

But beauty is in the eye (or in this case the ear) of the beholder and so you’ll probably be able to gauge within five minutes of poking around on this website whether we share similar musical tastes or not. If not, then no worries. Hopefully there will at least be a few tracks you like.

Not only is musical taste extremely subjective, but so is someone’s individual musical experience. For some music aficionados out there, this list won’t be nearly eclectic enough. But I decided that I’d rather err on the side of having great songs over focusing purely on the obscurity. That’s also why I added the caveat that these are the best songs you haven’t heard (a million times).

Some of these songs might already be familiar, some you probably haven’t heard in awhile and hopefully some you’ve never heard at all. But I tried to be careful not to pick any songs that were so mainstream and have been played to death that you’re already sick of hearing them.

The Power of Crowd Sourcing 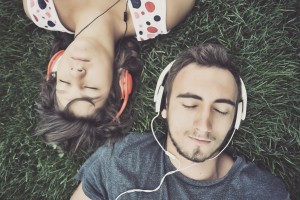 This is by no means a definitive list. It will always be a work in progress. There are tons more great songs out there that should be added to this list. So if you think there’s a great song out there that we’ve overlooked, please take a minute and tell us about it. We’ll give you full credit for sending it our way.

I’m certainly not a musical expert. I’m just a fan who loves music and have decided to devote some of my time towards curating a list of songs that I liked in the hope that others might enjoy them as well and would be willing to help me make this list even better.

The purpose of this website is for people from around the world with similar musical tastes to collaborate and share their favorite tracks so everyone can discover great new songs they either haven’t heard before or had forgotten about. Let’s work together to make this list the best that it can be.